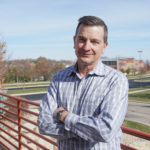 Tim Omer began his career 30 years ago working in sales and marketing in the U.S. dairy industry. Formerly, as the CEO and Owner of DCI Cheese Company, he was the driving force behind boosting the company from five employees to 450 employees and transforming it into a leader in the U.S. specialty cheese industry. Tim is a true authority on domestic and imported specialty cheeses and brought his expertise along when he joined Emmi Roth in September 2014.

Tony Salathe has a long-established career in the cheese industry. He was the Senior Director of Sales at Saputo Specialty Cheese Company where he worked with key accounts such as Costco, BJ’s and Trader Joe’s. Tony led a team that was instrumental in the implementation and growth of the Organic cheese category. Prior to the Senior Director role, he held the following positions during his tenure at Saputo: Western Sales Manager, Director of Foodservice and Industrial Sales and Senior Director of Sales Retail. He holds a Bachelor of Science in Dairy Science and Business Administration from UW-Madison and a master's degree from UW-Milwaukee. Tony joined Emmi Roth USA in May, 2016.

Denise Lofquist started her career in 2003 in the building automation industry at Invensys, which was later acquired by Schneider Electric. During her tenure, she held progressive roles in Human Resources. She then joined the Regal Beloit Corporation, a global manufacturer of mechanical and electrical products, where she was most recently the Director of Global Talent. She holds a Bachelor of Business Administration and became a Certified Professional in Human Resources in 2007. Denise joined Emmi Roth in March 2015. 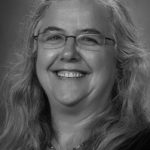 Jodie Wische was raised in the cheese business. Her first job was as a cheesemonger at the Maplewood Cheese Shop at the age of 14, and her vocation continued after college when she was hired at a new startup — Coach Farm — as a cheesemaker in 1985. During her tenure at Coach Farm, Jodie held several different positions and concluded her time there as Director of Sales. She was recruited by another artisan newcomer — Old Chatham Sheepherding Company — in 1995, where she held the job of Director of Sales and Marketing until 2002. Jodie joined Roth Käse in 2002 to launch their specialty cheese division. In 2008 Jodie became Vice President of Specialty Sales. Emmi acquired Roth Käse in 2009 and Jodie became part of the Executive Leadership Team of Emmi Roth USA in 2011. 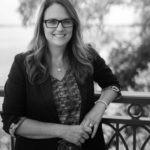 Heather has spent her career in the dairy industry, working alongside chefs, cheesemongers, farmers and cheese experts for more than 15 years. Prior to joining Emmi Roth, she was the Director of National Product Communications at Dairy Farmers of Wisconsin (formerly Wisconsin Milk Marketing Board). Heather is instrumental in creating a forward-thinking marketing strategy and developing our marketing competencies internally. She joined Emmi Roth in June 2016 as Director of Marketing and became part of the Executive Leadership Team in September 2018.

Ed Jones joined Emmi Roth in April 2018 as the head of Supply Planning and Network and was promoted to Director of Supply Chain in October 2019. He has been instrumental in implementing the Integrated Business Planning (IBP) process and overseeing capacity planning, master production scheduling, and materials management. Ed oversees logistics, warehouse, and import supply planning. 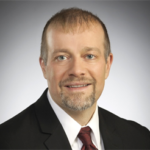 Nate Kieperis responsible for Emmi Roth's financial functions. His career spans multiple roles in consulting on financial, commercial and operational matters at a glocal scale. Prior to joining Emmi Roth, he served as VP of Finance at Regal Beloit, as well as Modine Manufacturing Company and Tyco International in various finance and accounting positions. He holds a Bachelor of Business Administration in Accounting and Finance from the University of Wisconsin Oshkosh where he also earned his MBA in Finance.